Is novel foods legislation stifling innovation in the beverage sector? 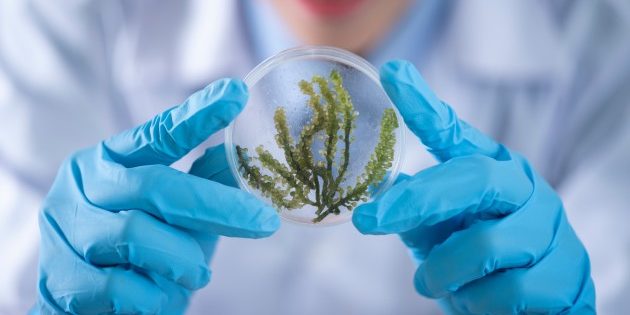 When the UK left the EU, some – including Richard Horwell, owner of specialist food and drink marketing and branding company Brand Relations – hoped novel foods regulations would be overhauled in order to facilitate drinks innovation. Sadly, he says, we are still some way behind.

The UK’s novel foods legislation is proving to be a barrier to innovation in the food and beverage industry. At the moment we are in the strange situation where we can buy food supplements from the internet and consume them freely, but the same ingredients cannot be put into food or drink products because they do not comply with the Food Standards Agency (FSA) regulations.

What does this mean for alcoholic drinks? To take one example, Monk Fruit, a natural fruit from Asia, is ideal as a sugar substitute which brands might want to add to a drink. However, it cannot be used as it is classed as a ‘novel food’ and not yet approved for use.

I have been waiting years for Monk Fruit to be approved so I can launch an amazing range of very low-calorie cocktails that taste as good as in a high-end cocktail bar, but still there is no sign of anything happening from novel foods.

The problem is that while we stagnate, the UK is being left behind. While British entrepreneurs are, in my opinion, being ripped off to the tune of hundreds of thousands of pounds to get their products approved, other countries have quickly moved into pole position. The USA and Canada are finding themselves at the vanguard of a revolution which has resulted in a booming appetite for products containing novel foods.

These can include anything from CBD oil, Hemp, Lion’s Mane, Turkey Tails and Monk Fruit. And the reason we in the UK are sadly trailing behind in this field is due solely to an outmoded, dinosaur of an organisation, the FSA, which regulates the use of novel foods in this country.

Whilst there used to be a very good reason for the FSA to exist, it really is not needed anymore, and it is having a catastrophic and detrimental effect on our ability to innovate in the drinks industry as well as more widely in F&B.

The rise and popularity of non-alcoholic spirits has been astronomical – drinkers want to step away from the traditional intoxication of alcohol to avoid a hangover and unnecessary calories. However, consumers still want to enjoy a ‘buzz’ and enhance their mood to either elevate it or calm it down. Whilst some new non-alcoholic spirits have begun adding the benefits of Nootropics to their brands, the restrictions imposed by novel foods has denied any real innovative progress, leaving most current brands as a pointless, tasteless alternative to alcohol.

What is the FSA?

The Food Standards Agency is responsible for food safety and hygiene in the UK and works with local authorities to enforce food safety, ensuring that standards are being met. And while there is no dispute that there need to be safety measures in this industry, the agency seems to be stuck in a time-warp that moves at a snail’s pace and doesn’t appear to have any vision about the future or the current demands of the modern-day consumer. This has been exacerbated since Covid-19 as consumers look for more healthy alternatives, even in alcohol.

For clarity, let’s also remind ourselves what the ingredients known as novel foods actually are. A novel food is one that hasn’t had a significant history of human consumption or has been produced by a previously unknown method in the EU before 15 May 1997 when the first regulations for novel foods came into force. We inherited the regulations from the EU with its limitations on what you can and can’t use in food and drink. It was meant to protect consumers from using ingredients in food and drink that could potentially cause harm if its safety is not proven.

Why supplements and not food or drink?

When the UK left the EU, we hoped one of the benefits would mean we could get rid of novel foods and its antiquated regulations and bring the UK more in line with America. But sadly, we are still in the throes of bureaucrats who are making a mockery of the situation. For example, there are no restrictions regarding vitamins for personal use. That leaves the consumer in the ludicrous position of being able to take whatever they like freely alongside their food and drink – they just can’t have the same supplement in their food and drink. It makes no sense at all.

The issue of health claims

Of course, producers of alcoholic beverages cannot make any health claims for their products.

However, there is insatiable demand from consumers for hemp, CBD and cannabinoids, Krill oil, chia seeds, noni-fruit juice, baobab and various forms of dried mushroom such as Lion’s Mane and Turkey Tails, all of which are currently lounging in a very deep novel foods pit. They are awaiting the green light from the FSA, which says these all have to be tested as safe and properly labelled and cannot be legally sold until authorised.

You may want to add one of these ingredients to an alcoholic beverage because it adds to the flavour profile. From a marketing perspective, you might want to include a novel food because it resonates with consumers. For example, the ingredients listed above are all plant-based so will connect with those who are committed vegans or who are moving in that direction. These products are all natural but people who come through my door wanting to use them in their products have to be told that it can’t be done. It’s not allowed until they have gathered and submitted extensive evidence to the FSA which is both an expensive and lengthy process. For example, in March 2021 only 210 applications from several thousand products were considered viable for further consideration. This is clearly stifling the potential for innovative use of these ingredients.

Shouldn’t we be cautious about what goes into our drinks?

Of course. But in most cases these products have already been tested. Canada has approved more than 90 novel foods including canola, corn, cotton seed and flax. Many products are already on sale in the US and if we are going to be trading with America why isn’t this good enough for us? Our laws say everything new has to be tested but if it is already tested (elsewhere or in different products) and it’s not making anyone sick, what’s the problem? We need to free ourselves from the bureaucrats and be allowed to use them in innovative alcoholic beverages where their inclusion will add positively to the brand.

What does it cost to launch a novel food?

It’s astronomical and out of the reach of most small businesses. Think at least five or six figures for testing and research. If you are lucky, you will only have certain limitations about how much of your chosen ingredient you can use. But you will still probably have to wait years to be able to sell your innovative beverage. The companies with money have a disproportionate advantage, which isn’t fair on smaller entrepreneurs. I would like to see a much more level playing field.

I am convinced that common sense will prevail in the end and the UK government will eventually introduce a streamlined approach to novel food ingredients. The alcoholic beverage sector should support the call for change and bring the potential for innovation that this offers. 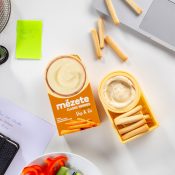 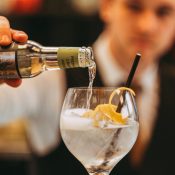 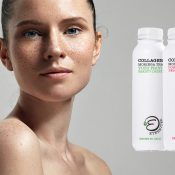