Launching a new drinks brand? Why it needs to be functional…

I have a strong admiration for consumers’ savviness and ability to pick out the products they want and form a loyalty to them, despite the mass of advertisements projected at them every day. So, when creating a new food and beverage brand, you need more than just great taste and eye-catching packaging. Consumers are now much more focused on health and functionality.

In the past, it was about buying into a lifestyle that a snack or drink’s brand offered, rather than the actual product itself.  In other words, brand loyalty was won by generating, in the consumer, a sense of identity by making them feel part of a community; you were seen as cool if you bought this product since only the ‘richest’ or ‘best looking’ would buy it – according to the brand’s powerful advertising and packaging.

Brand loyalty is now linked to brand benefits and transparency. It can be a challenge for new start up brands, without the years of trust-building to capture the attention of the millennial consumer. To do this you now need a functional drink, one that has added benefits. These are the drinks that are attracting consumers and enabling brands to charge a premium.

What do we class as a functional benefit?

As you can see, this encompasses energy drinks, sports drinks, and bottled water with added vitamins.  You could argue that energy drinks were some of the very first ‘functional’ drinks.

However, these don’t give you an added ‘health’ benefit. In fact, many could be classed as unhealthy as they contain large amounts of sugar and caffeine.

For example, brands such as RedBull have marketed their drinks as being packed with sugar and caffeine. Today’s consumers are beginning to steer away from high sugar and caffeine drinks and instead opt for a favourite barista coffee where they not only get a drinking experience but can regulate their caffeine and sugar intake. 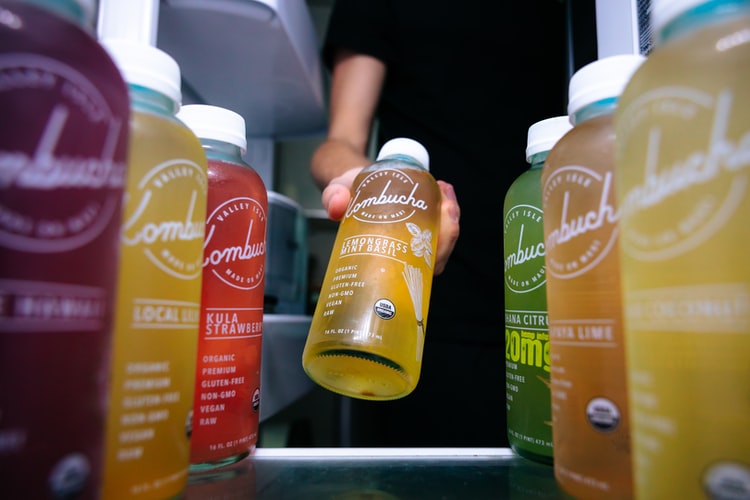 Although this has shifted slightly with people working from home, once offices open again and the daily commute starts, I believe people will go straight back to their coffees for the pick-me-up caffeine fix they deliver.

All the drinks in the functional category aim to have some sort of effect on you other than just hydration. For example, Kombucha, Aloe Vera, Coconut Water, Green Tea and Moringa Tea – these are all examples of the new breed of functional drink flooding the market.

The new trend that is just starting is the Nootropics category. Nootropics are supplements that claim to improve cognitive functions such as mood, memory, creativity or motivation in healthy individuals. The two most common types of nootropic products on the market currently are aimed at either improving focus or calming the mind. The former is particularly marketed as a natural stimulant for purposes such as gaming, sporting or working.

The beauty of the Nootropics category is its natural evolution from energy or stimulation drinks – without relying only on caffeine to provide the boost. They are a careful balancing act of different nootropic ingredients which help smooth the caffeine spikes with calming ingredients such as L-theanine – a compound believed to be great for improving mood and sleep and reducing stress; the opposite effects of caffeine creating the perfect Yin and Yang balance.

With the increased interest in natural ingredients such as Ginseng, which is known for its antifatigue and immunity properties as well as boosting energy, brands are now steering away from caffeine creating diversity in their flavours and ingredients that appeal and excite. Long gone are the days of buying a sugary energy drink for 99p.

The demand for Nootropics doesn’t reside just within the energy market, it also sits neatly in the realm of calming drinks that aid clarity. A market that is increasing, especially as the pressures of everyday life have become difficult for many to manage.

For example, according to Mintel, 29% would like more information on improving their mood, with levels of anxiety significantly raised since the COVID-19 outbreak. Instead of turning to prescriptions, consumers are reaching for natural remedies such as Ashwagandha, which claims to help fight depression, improve mood and even reduce symptoms of anxiety and stress.

Another popular ingredient in Nootropics is Passionflower, believed to help combat insomnia and stress and some companies across the globe, even go as far to claim it helps alleviate conditions such as ADHD. Whether these claims are fully substantiated or not, for the modern-day busy consumer, having a natural product they can use, on a daily basis, to support how they deal with everyday life is now more relevant than ever.

What was once contained within a small capsule or in a tea format is now the beginnings of a whole new category of drink, bringing to the market products that innovate and give consumers the remedies they seek to support their daily routines.

Consumers are well aware that advertising is designed to sell to them, and that the messages don’t always give the full story. Trust is low, but once won, consumers can still be very loyal. They are looking for, and then sticking with, products they can trust to deliver on the claims they make. COVID-19 has made healthy drinks, that offer a function and benefit to the consumer, more important and popular than ever before. This is where the business opportunities lie.

Is the low/no alcohol category the latest ’emperor in new clothes’?
18th October 2021
Go to Top